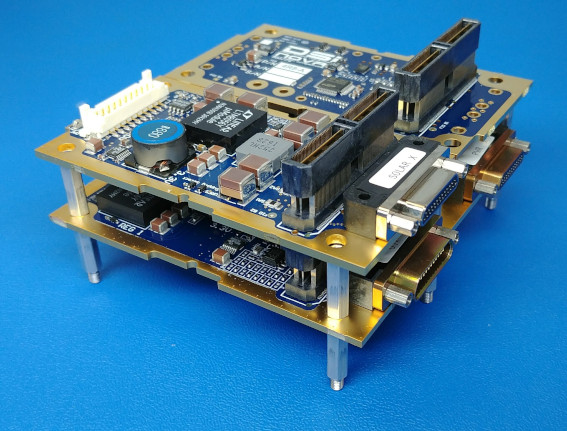 Bradford Deep Space Industries’ Nova is a power conditioning and distribution unit specifically designed for the needs of spacecraft travelling beyond Earth orbit. It is characterized by a high specific performance: 5 — 50V bus, two independent 100W regulated lines, 10 fully protected and telemetered output channels up to 150W each (enabling high-power subsystems such as electrical propulsion or rover drive systems), solar array MPPT and battery management, all in a 300g, 0.4U package.

Due to its stackable connector and modular design, it can be expanded to add new features and is scalable to increase performance according tohe need of spacecraft. Power throughput can reach up to 600W. If needed, modules can be duplicated to provide full dual-string redundancy - all without additional NRE.

In its base configuration, it includes hardware-decodable commands for spacecraft key operation without an OBC, a “bunker mode” allowing for full-spacecraft hibernation during solar proton events or in order to make low-EMI scientific measurements.

The unit is qualified both under a wide temperature range and under a proton-heavy radiation environment. It is suitable for longer missions into remote locations, having been built for the original purpose of supporting asteroid exploration missions