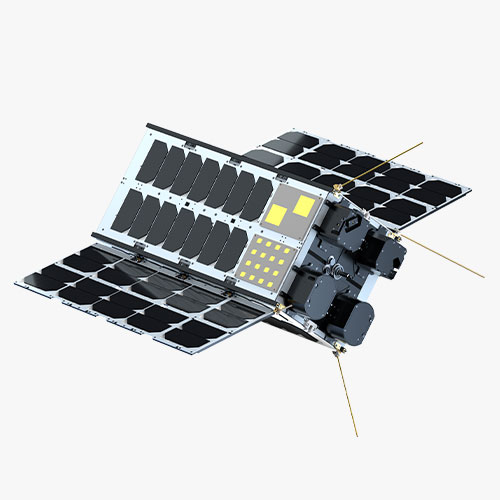 The standard configuration of the bus is optimized for IoT, M2M, ADS-B, AIS and other commercial and emergency communication applications as well as scientific missions. Also, as an option - M16P configuration for Earth Observation (EO) missions are available. The M16P hardware layout allows for the maximization of volume available for the payload. The layout also ensures robust power properties and thermal control for sensitive payloads, such as measurement and sensing instruments. To ensure the practical reliability of the bus, radiation-resistant components and design implementation have been incorporated in critical systems such as the Flight Computer, Payload Controller, Electric Power System and Communication System. The bus is optimized to have a nominal 5 years operational lifetime in a Low- Earth Orbit (LEO) environment.

Each of M16P users is provided with an access to M16P FlatSat which helps to accelerate development process, payload integration and testing cycle as well as enable simulation of the entire satellite mission.