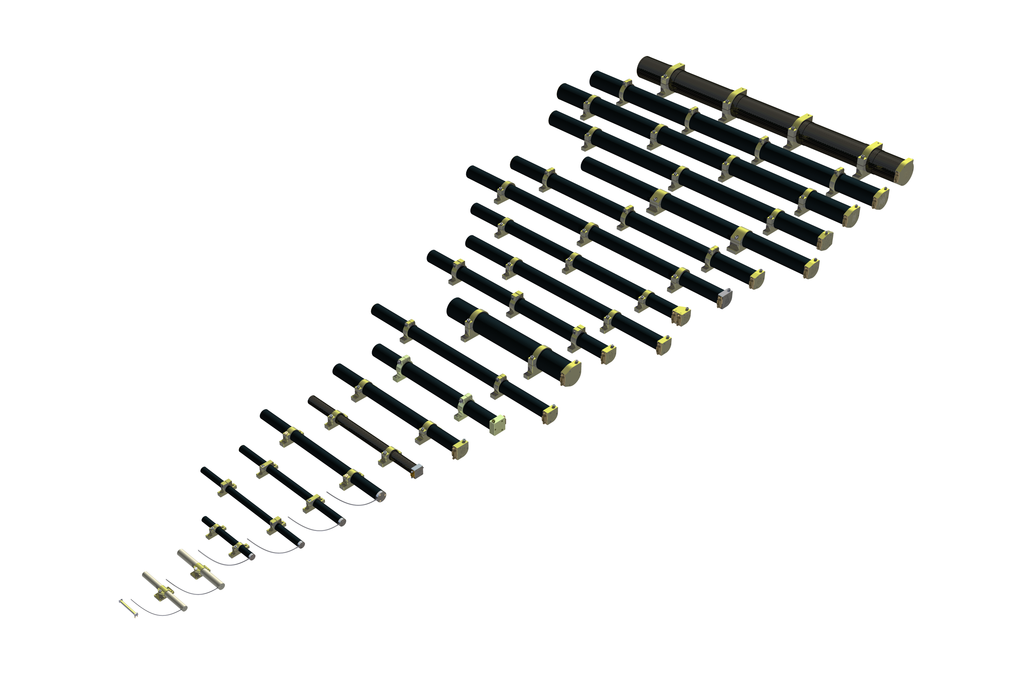 Magnetic Torquers interact with the Earth’s magnetic field and create control torque, which can be adjusted to the required value. Combined with one or more reaction wheels, they provide all the control you need to maintain your spacecraft’s attitude, from low-Earth orbit up to geo-stationary orbit. And, unlike thrusters, torquers do not need valuable consumables, are low power components and high reliable.

The drive current applied to the Magnetic Torquer will create a magnetic dipole along the main axis of the unit. The orientation to the local magnetic field of Earth induces a mechanical moment to the spacecraft. A combination of three prependicular units will enable the satellite to freely rotate within Space.

While torquers appear to be relative simple devices, they require thoughtful design and careful assembly. Our qualification and acceptance testing ensures that there is virtually no potential for degradation either on the ground or on-orbit. The torquer’s most critical component - its core material - has been specially heat-treated to ensure optimum magnetic properties. Each unit is totally encapsulated, robust against mechanical and thermal loads and, except for the core, made with non-magnetic components.

ZARM Technik AG has provided Magnetic Torquers for over 100 international missions. Since 1999 more than 200 units have been manufactured and not a single unit ever failed during operations and tests. The Magnetic Torquers on board of the GRACE satellites were operational for more than 10 years.

Magnetorquers: an overview of magnetic torquer products available on the global marketplace for space